The Marshall Scholarship is a postgraduate scholarship for intellectually distinguished young Scholars and  their country’s future leaders to study at any university in the United Kingdom.

The Marshall scholarship Created by the Parliament of the United Kingdom in 1953 as a living gift to the United States in recognition of the generosity of Secretary of State George C. Marshall and the Marshall Plan in the wake of World War II.

The goal of the scholarship was to strengthen the Special Relationship between the two countries for “the good of mankind in this turbulent world.

The scholarships are awarded by the Marshall Aid Commemoration Commission and are largely funded by the British government.

Aims  of The Marshall scholarship

Candidates are expected to fill out the form and submit it through the system to their undergraduate institution, the institution ensures that the application is complete and decides whether or not to endorse it.

If the Institution decides to endorse the application they will add the letter of endorsement and will then submit it through the system to the appropriate regional committee.

Candidates should contact the appropriate contact at their institution if they are considering applying for a Marshall Scholarship.

No endorsing institution may submit more than 24 applications overall.

Final submission of the application including the three letters of recommendation and letter of endorsement must be submitted online by the endorsing institution and received at the regional centre.

What comes next after applications for Marshall Scholarship?

Applications will be received and reviewed at eight regional centres in the United States. Shortlisted candidates will be called for interview, virtually on zoom, in November. Dates and guidance for the interviews can be found here.

The final selection will be announced shortly after interview. Successful applicants will be offered a scholarship in writing, and will be asked to accept or decline this offer.
Also in writing, within 10-12 days of receiving it (Nb this timeframe may be shorter where the interviews occur late in the interview week).

In keeping with other UK government-funded programs the Marshall Commission asks Scholars to give a definitive and final response in this way, so that the Commission can at the earliest opportunity arrange the best and most appropriate graduate program and living accommodation for each Scholar’s needs.

Sanya has been featured by more than 100 media outlets including The New York Times, The Economist, TIME, Forbes, Fortune, Outside, NBC, CBS, ABC, Fox and CNN. He has guest lectured in entrepreneurship at Princeton University since 2003.

University of Cambridge Gates Scholarship in 2022

University of Cambridge Gates Scholarship in 2022 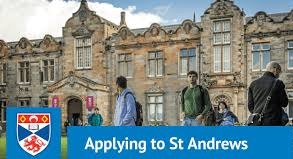 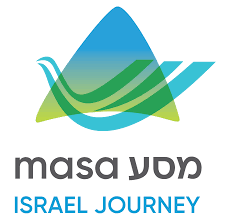